When Uncle Ray was a boy, he must have had health problems. He went to Corley open air school to recover his health in about 1936, which would have made him 12 years old. Open air schools were quite an institution and no doubt came into being to try and fight the terrible disease of tuberculosis which was prevalent at the time. Here is an article from the 'Coventry Evening Telegraph,' (I think.) 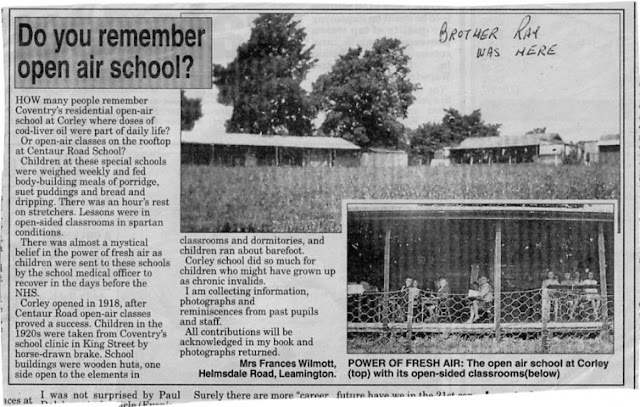 Here is a photo of Uncle Ray with his older brother Sidney and their paternal Aunty Flo. The buildings in the article above are clearly shown in this photo 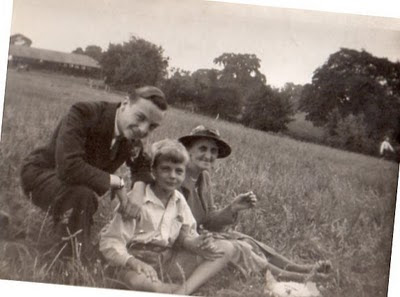